For the #FantasyComicLeague the #DangerRoom is lead by Bachman  @anthonybachman who along with his fellow mutants Trevitt @TrevittTrev,  Daily @DailyXmenFacts, Robert @robertcyoung, and Swampy @swampy19 monthly brave the Danger Room to keep the Marvel Universe safe.

In the 4th month for the Danger Room, the season comes to an end and the first seasonal champion of the Danger Room is crowned! For the month of April, their drafted heroes used their powers 119 times in 130 appearances and 108 team-ups to save 9 civilians and defeat 21 adversaries. The combined finales of No Surrender and Damnation really cranked up the heat there at the end.

After Swampy’s win last month it left his team vulnerable to be drafted and Bachman was able to take advantage of that to pull Peter Parker from Swampy and along with Dr. Voodoo, Wasp, and R.I.P. Thor known as Jane Foster formed #TeamNerdMagic and landed another 1st place finish giving him the monthly win and securing the 1st ever Danger Room seasonal win. Bachman will be the defending Danger Room Champion next month and looks to take no prisoners in his title reign. Robert and Swampy tie for seasonal points with 6 each, the tie is broken by overall points which gives Robert the nod and 2nd place for the season. Sadly Robert is the first mutant to graduate from the Danger Room and is heading on to lead his own division next season which we all wish him much luck in! Swampy takes 3rd for the season after the tiebreaker, his 1st place finish last month left him to draft last and with the combined might of Deadpool and Old Man Logan left him in last place for April. Daily with the power couple of Rouge and Gambit along with the Scarlet Witch was able to put together 72 points for April putting him in 3rd place for the month and 4th place for the season. Trevitt snagged himself a 4th place finish for the month with Dr. Strange and Venom putting in serious work but Thanos even with the Infinity War buzz just wasn’t able to keep up his end of the cosmic deal.

Bachman, Swampy, Trevitt, and Daily will return next season for more Fantasy Comic League highlights and they will be joined by a new yet to be named competitor. Bachman and Swampy have added more notches to their veteran belts and now that Trevitt and Daily have a season worth of experience they are going to be dangerous mutants to keep an eye on.

Remember just because they’re holograms doesn’t mean they can’t hurt you. Until next season, Mutant And Proud… 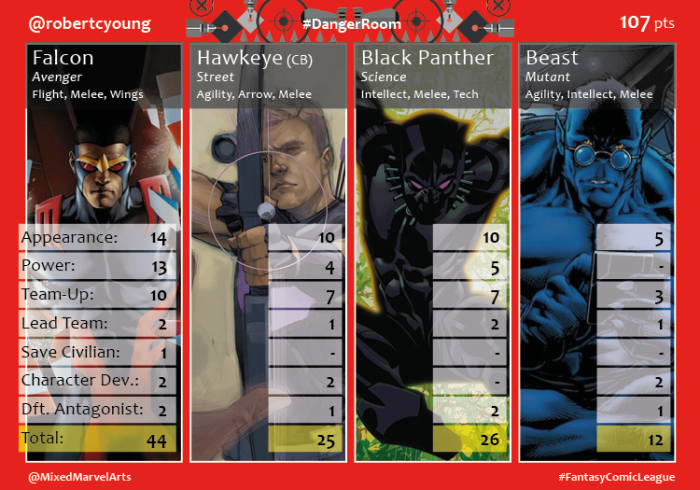 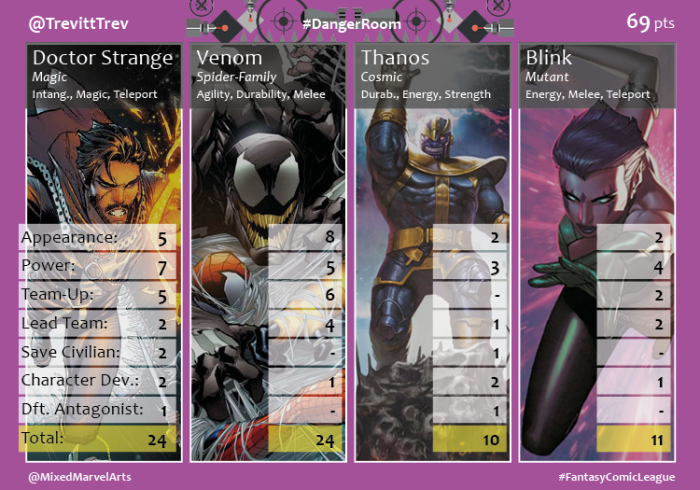 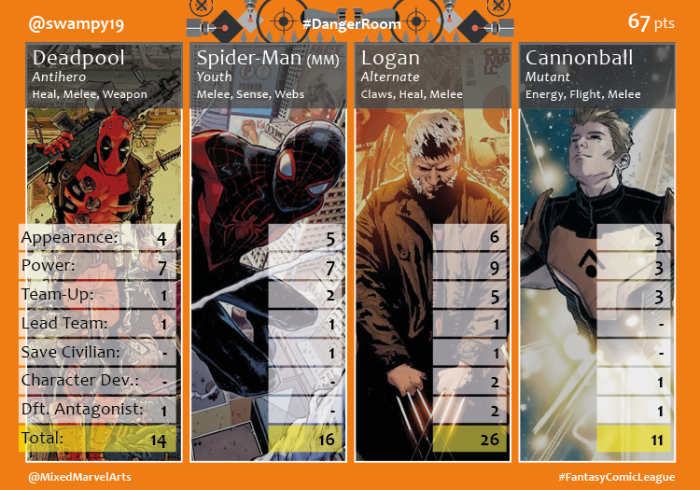