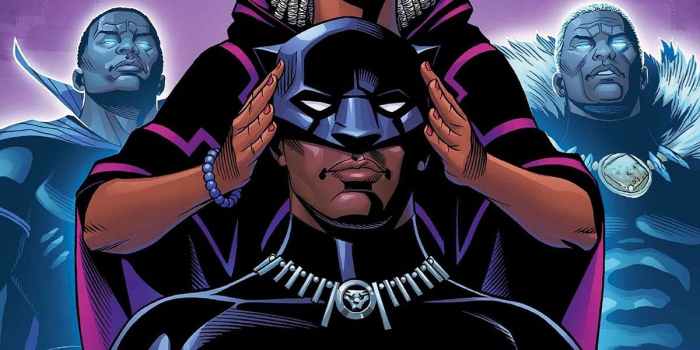 During this month, the world continued to learn about #Wakanda and the rise of T’Challa’s reign as King. In remembering its past, the country secures itself for its future and the role it plays in the global playground.

Though there was minimal activity within overall points scored for each division, there was plenty going on to maintain the excitement within #Wakanda. The Elite “S” Squad brought in 245 points for the #FantasyComicLeague by saving 7 civilians, defeating 9 adversaries and navigating 15 life changing events.

#Wakanda Division Leader, Agent Sistah (@S_Hero4Hire) started off slowly with her #TeamThreeMenAndABaby, but once she got ahold of first place in the 2nd week of competition, she held on to it and brought in 68 points. More than half of her points were brought in by Spider-Man and Dr. Voodoo.

Agent Sha (@La_Ney_sha) brought in 41 points to lock in a fourth place finish. Her team was aided by Jane Foster’s ultimate sacrifice, consistent scoring and earning a first ever “Hero of the Week” title for the Goddess. It also didn’t hurt having Logan on her team to help bring in more points.

The fifth place slot was secured by Agent Shaw (@Notingshaw) whose team brought in 22 points for #Wakanda due to lackluster performances from a team consisting of Dr. Strange and She-Hulk. Hopefully things will turn around during the final month of the season.

The Wakanda Caucus is now adjourned… 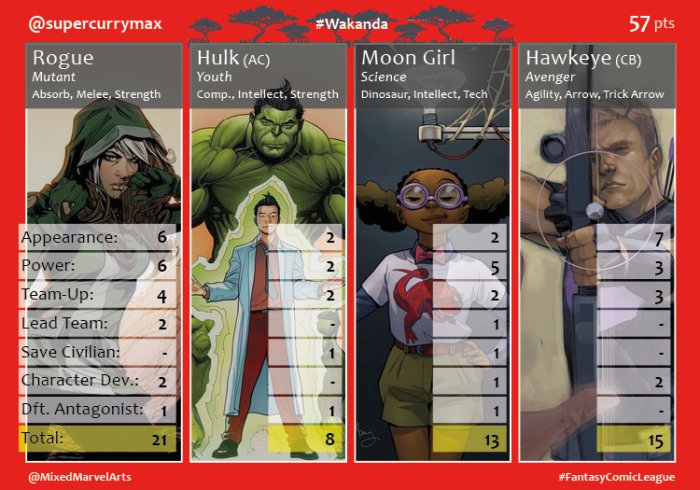