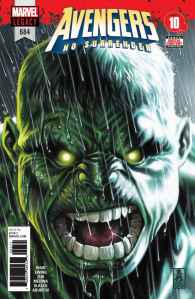 March is shaping up to be the month of the wild card! A lot of sleepers could be waking up and scoring big numbers if Fantasy Comic League members want to gamble. Two heavy hitters are returning to the tier charts in March: the original Wolverine, James Howlett, possesses an Infinity Stone in Infinity Countdown, and Bruce Banner may be getting resurrected in the Avengers: No Surrender crossover, but Avengers has deceived players before! To keep up with the changes in No Surrender, going into March, certain Avengers’ appearance estimates are cut down based on their participation in the event so far. That doesn’t prevent the Avengers from dominating the estimated appearances. In a rare occurrence, typical top-tier hero Deadpool, fails to crack the top rankings for the previews, coming in with only four estimated appearances for the month. Doctor Strange gambles with the souls of a few of his colleagues, this results in a couple mystic/occult heroes coming to the rescue. Ghost Rider, Iron Fist, Moon Knight and Scarlet Spider are four of those heroes who will feature in the Damnation story and receive some solo title spin-offs of their own. The X-Men books will shift focus to other characters \as the Gold team finds themselves behind bars and the Blue team remains stranded in space. But are any of the backup mutants worthy of a spot in the Fantasy Comic League just yet?

Dopplegangers of our main characters are called out for easier identification and to distinguish them from our prime universe heroes. Be wary of the characters found in Avengers: Back to Basics, Amazing Spider-Man: Renew Your Vows, Iron Man: Hong Kong Heroes, Old Man Hawkeye (with the exception of Old Man Logan) and the Marvel Cinematic Universe-related books as they are not the same heroes as the ones featured in the below tier charts.

Best of luck to all divisions of the Fantasy Comic League: #Asgard, #DangerRoom, #Knowhere, #Latveria, #Midtown, #Multiverse, and #Wakanda. Power rulings and definitions have been revised based on participants’ review in the previous month. Please see the attached Power Summary file for further power clarifications. Please follow along with our #FantasyComicLeague tweets on our Twitter for official power scoring and discussions. Seasons run for four months, stay tuned for your chance to join the official league and win a trade paperback of your choice! 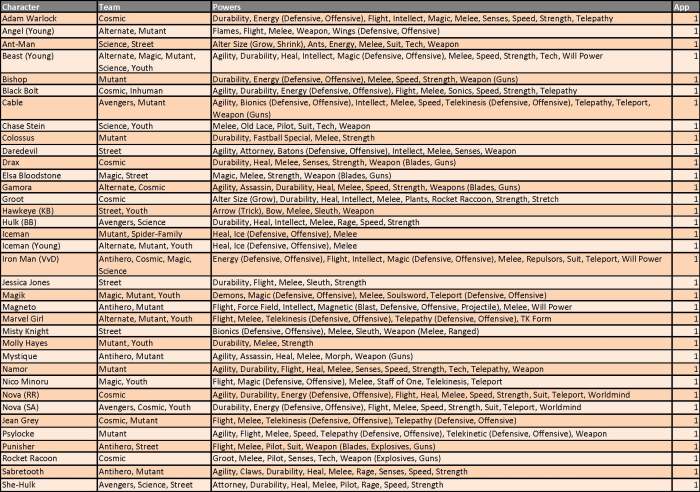