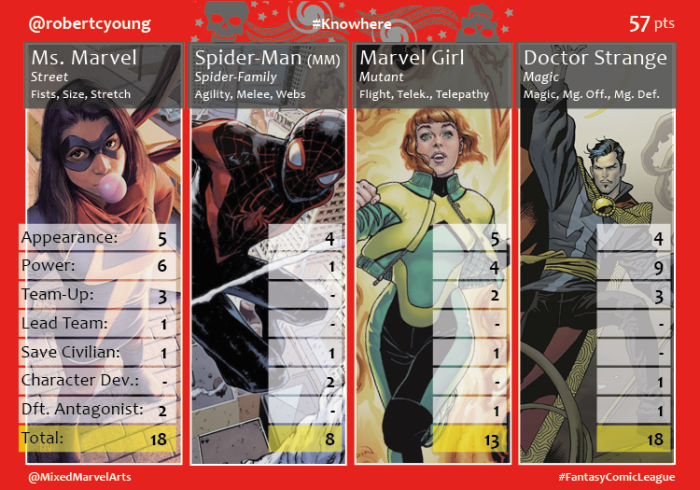 I am the Living Tribunal, the cosmic judge of the universe. In the wake of the new Legacy, I’ve been summoned to judge the events of this… League within the severed skull of this fallen Celestial. I honor first and foremost the valor of Agent Young (57) who relied not on one single member of to grant his strength, but a team of consistent exceptionalism. Ms. Marvel and Doctor Strange both proved their mettle as they were backed up by young Miles Morales and the both once and never, host of the phoenix, Jean Grey. Though still, while only falling short by 3 points, Agent Sceritz (54) bet on the symbiotic reach of the ever-growing venom verse, it’s primary symbiote the lead choice. With the rambunctious Rocket Raccoon and Death-Immune Deadpool to follow up, the team was let down only by the Goddess of the Weather herself, who only brought forth a meager three points.  Yet and still, The Living Tribunal does not turn a blind to any, and judges now, Agent DatOne (32), empowered with the Cosmic Might of Captain Marvel, who unsuccessfully attempted to lead a team of those not yet accustomed to the wonders of the unknown, each of them scoring in the single digits. And finally sitting on even plane are Agent Seren (31) and Agent Xi (31) with teams lead by the insufferable Spider-Man and crotchety Old Man Logan, respectively. While Steve Rogers has returned to his former glory, he has not yet realigned himself fully within this new universe. My judgement has been passed. Until next time, when the Living Tribunal returns. 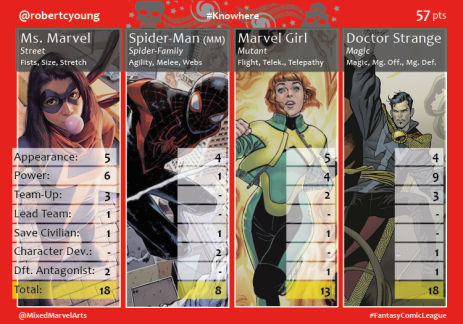 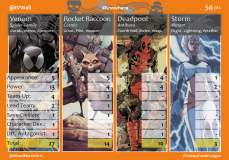 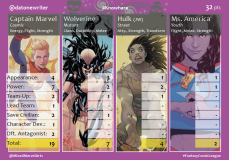 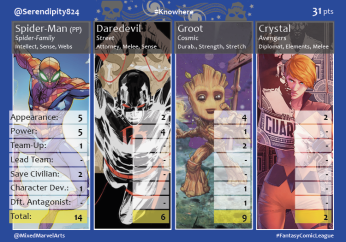 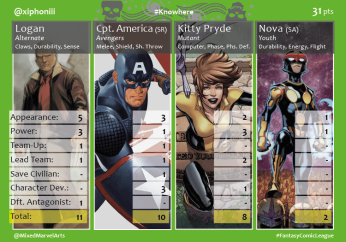