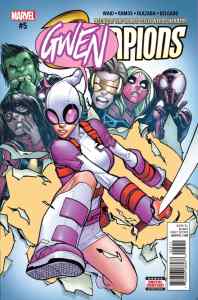 A pox on anybody who drafts Gwenpool to the league, but this may her time to shine! As monsters continue to invade the Marvel universe, Gwenpool is forcing her way into the Champions’ hearts; much like Deadpool has continued to force his admiration upon Spider-Man. As Clone Conspiracy barrels toward its conclusion, Peter Parker looks to dominate the Fantasy Comic League for a second month in a row. Medusa and Storm, the respective leaders of the Inhumans and X-Men’s war, continue making hard decisions in favor of their own people.

Best of luck to both divisions of the Fantasy Comic League: #Midtown and #Wakanda. Power rulings and definitions have been revised based on participants’ review in the previous month. Please see the attached Power Summary file for further power clarifications. Please follow along with our #FantasyComicLeague tweets on our Twitter for official power scoring and discussions. Seasons run for four months, stay tuned for your chance to join the official league and win a trade paperback of your choice! 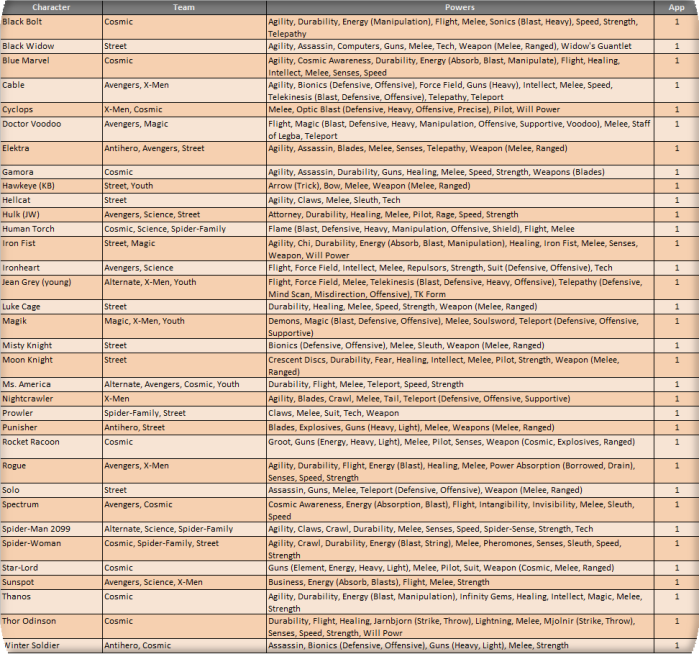