Shadowy and powerful forces quietly move against the newly formed government of Latveria. The League’s leadership hears whispers of hostile players moving into place, like pieces across a chessboard. Checkmate approaches for the Agents of the #FantasyComicLeague with just one month left in the season. Can the agents continue their stalwart performance of the country during its transition period? Or will the mysterious maestro make their final move and plunge Latveria back into chaos and uncertainty as Victor von Doom continues his heroic redemption away from the throne.

The cosmic event involving the many members of the Avengers and the anarchy spewing forth in Las Vegas divide the drafted heroes. With much of the action happening elsewhere, the Latveria agents only have five civilians to save from eight antagonists. Instead of letting their guard down during the slow month, the agents and their heroes dig in for the looming showdown.

Agent @KingofTysons managed to hang on to Rogue and Falcon for the second month in a row as they led the various teams of Avengers, but his standout star was Iron Fist. Danny Rand’s 20 points earned him the top spot in the Damnation event. King scored 70 points and won the division by 18 points. Agent @sotonspidey finally emerged from the basement and jumped to second place when Spider-Man returned to form with a 30-point performance. Peter Parker scored more than half of soton’s 52 points and helped break a tie for second place. Agent @adameastment also finished with a score of 52. His strong trio of Thor, Doctor Voodoo and Clint Barton averaged 16 points each for him. He scored 19 points, two less than Adam’s top hero Thor. He scored 59 total points. Agent @SuperiorComic16‘s Avenger members underwhelmed for his team and dropped him to fourth place. Hercules and Scarlet Witch only managed six and seven points, respectively. Agent @JamesBSheppard received a pint-sized performance out of Ant-Man, a gamble which did not pay off unlike his bet on Bruce Banner. Scott Lang scored four points and the Hulk pulled in 12. Overall, James earned 38 points. 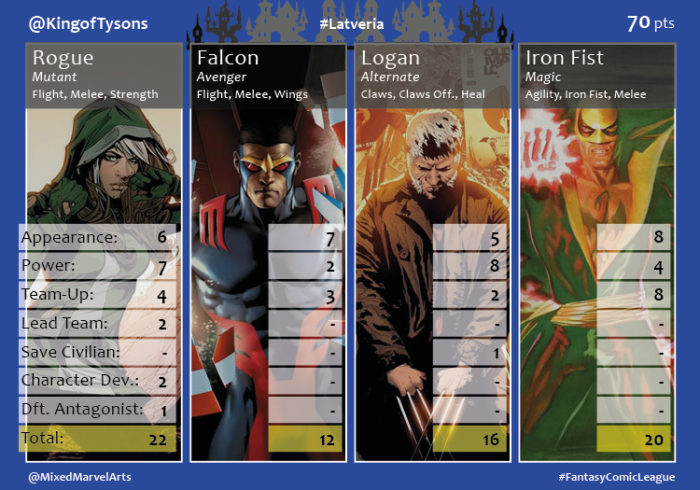 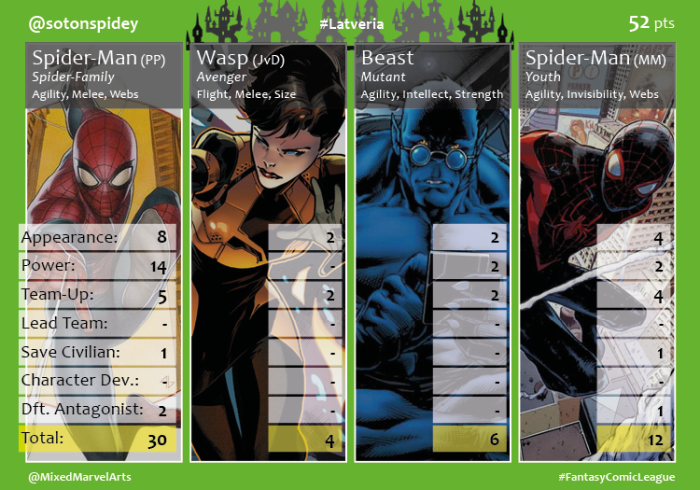 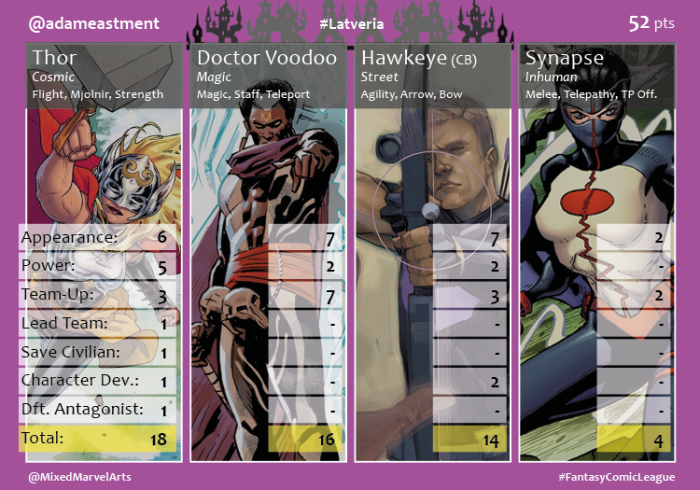 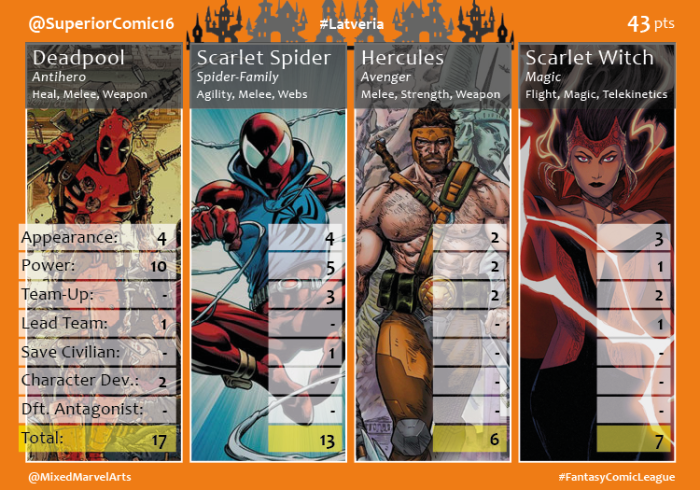 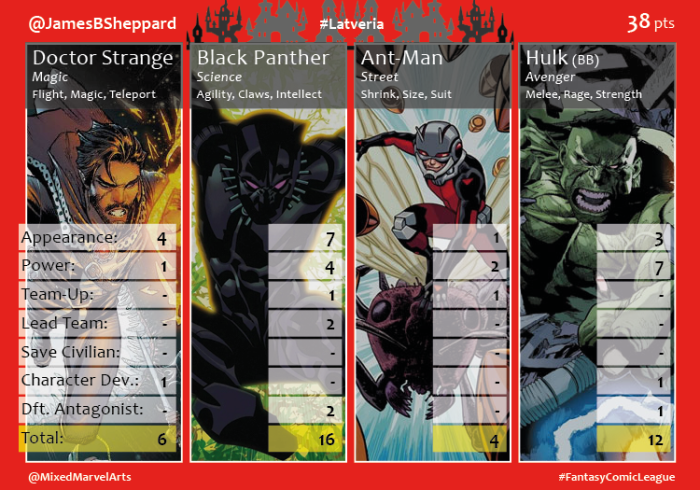