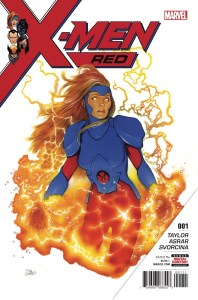 Resurrecting Jean Grey is so 1990, that’s why Marvel took it to the next level and resurrected not one, but two Jean Greys in the same week! Jean Grey joins the Marvel movement of multiple versions of the same character running around at the same time. The original Jean Grey wastes no time in setting up her own team of X-Men while young Jean takes her team into space to team up with Venom. Old Man Logan remains a top draw in appearances while the original Wolverine continues to make his own return known to the Marvel Universe. The Avengers weekly blockbuster event continues, but the rankings now reflect only the heroes who have featured in the first several issues, unfrozen. Human Torch and Rogue will continue to benefit from that event if Johnny manages to survive his knee-jerk decision to grab a mysterious cosmic item at the center of all the chaos. Peter Parker remains a solid bet while Doctor Strange plans to magically rebuild Las Vegas or be damned.

Instead of declaring books ineligible, since all characters can be drafted whether appearing in the preview or not, Dopplegangers of our main characters are called out for easier identification. Be wary of the characters found in Amazing Spider-Man: Renew Your Vows, Black Panther: Long Live the King, Old Man Hawkeye (with the exception of Logan), Punisher MAX: The Platoon, and the Marvel Cinematic Universe-related books do not feature the heroes listed in the below tier charts.

Best of luck to all divisions of the Fantasy Comic League: #Asgard, #DangerRoom, #Knowhere, #Latveria, #Midtown, #Multiverse, and #Wakanda. Power rulings and definitions have been revised based on participants’ review in the previous month. Please see the attached Power Summary file for further power clarifications. Please follow along with our #FantasyComicLeague tweets on our Twitter for official power scoring and discussions. Seasons run for four months, stay tuned for your chance to join the official league and win a trade paperback of your choice! 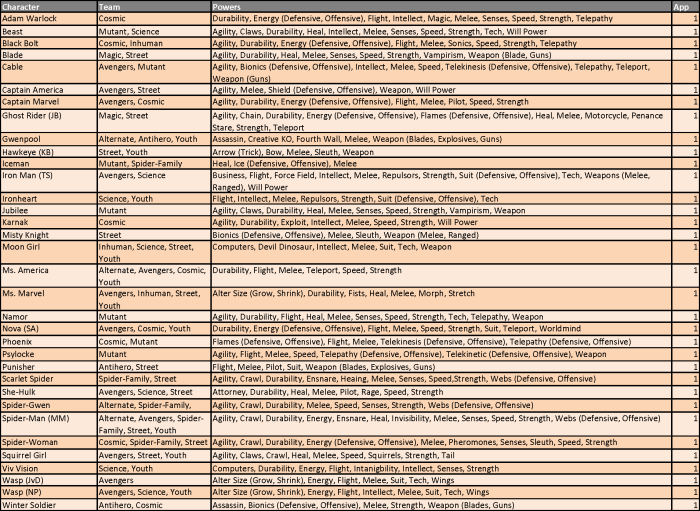