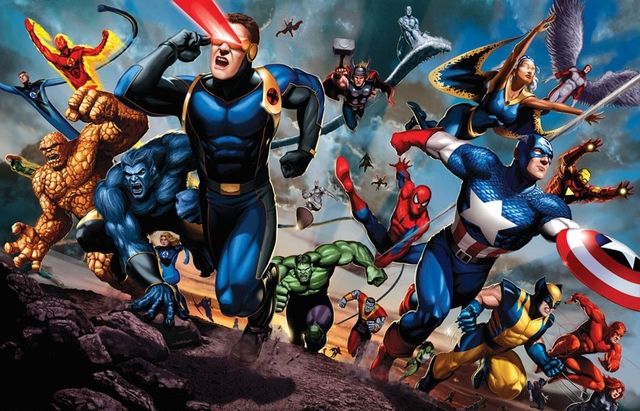 While T’Challa was making his presence known to Midtown by showing up and offering aid to the Spectacular Spider-Man, the Elite “S” Squad was battling it out in #Wakanda for the final season of the 2017 #FantasyComicLeague.

The Squad managed to secure a total of 266 points in the final month, which consisted of saving 3 civilians, defeating 4 adversaries and miraculously navigating 18 life changing events such as the “resurrection” of Viv Vision and the potential loss of one of the Spider-Men.

As an original member of #Wakanda and the Elite “S” Squad, Agent Soton (@sotonspidey), put in a phenomenal showing this last month. Not only did Agent Soton bring in a total of 84 points and was the overall division winner in points for the month, there was also the fact Peter Park brought in 41 points by himself! It’s an amazing way to win in the final showing of the 2017 #FantasyComicLeague.

Agent Sha (@La_Ney_sha) came in fourth place with 38 points with her star studded all lady squad led by two goddesses: Storm and Thor. Agent Sha put up a good fight though the sporadic appearances of both Ms. America and Gwenpool did not bring in the desired points.

Agent Super (@supercurrymax) brought in a fifth place finish with 28 points led by contributions from Carol Danvers and Amadeus Cho. Once again, the Runaways draft picks continue to underperform; though there is something to be said about Agent Super’s dedication to that group as a whole.

Interestingly enough the number 8 shows up in the individual points of each member of the “S” Squad. Could this be a symbol of the resurrection and regeneration that was on full display in this month’s campaign? For instance, despite her third place finish for the month, #Wakanda Division Lead, Agent Sistah, both secured her first ever season victory and solidified the influence of #TeamXMasMiracle.

Yet, despite this, there are rumors afoot of a change in leadership, possible reassignment of Squad members, and the potential dissolution of the Elite “S” Squad itself. If these rumors are true, we shall return in the 2018 season to see how the changes in #Wakanda impact the #FantasyComicLeague.

The 2017 session of the Wakanda Caucus has been adjourned. 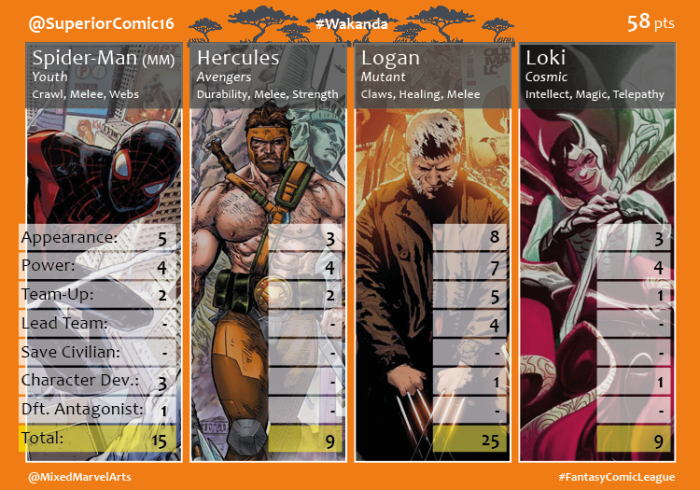