Hey Y’all, Agent Martineau here. October continued to see Marvel shift backwards as Sam Wilson became Falcon once more, Hulk returned to Ska’ar (albeit a new Hulk), Wade Wilson returned to his villainous ways, Thor and Hulk came to blows (once again a new Hulk, that was not Bruce or Amadeus) and Venom became the Lethal Protector once more.

So how did Legacy work out for the Members of the Multiverse? Junior member Agent Brat kept the bottom of the pyramid warm, despite a stellar performance from Jean Grey. Agent Adam continued his ‘winning’ streak, taking fourth place with a team of femme fatales like Jessica Jones and Wolverine. They scored 37 and 48 points respectively.

Agents Swampy and Hyrup duked it out for second, but Swampy fell thanks to a complete no-show from Captain America in October; guess he’s still got that Hydra stink on him. Swampy had 63 points while Hyrup had 73 points, thanks to a mutant heavy team that included Kitty, Storm, and Logan.

And once again, Agent Martineau took first with 89 points. The mutants on his team, Tyke Cyke and the Merc with a Mouth, carried him while the former Captain America pulled out a heavy month as well. 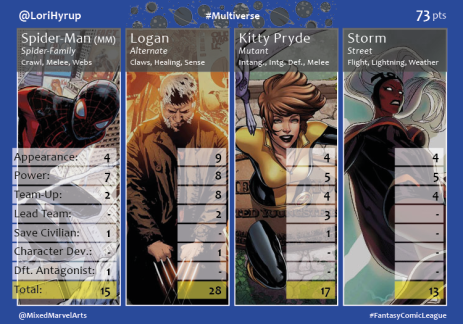 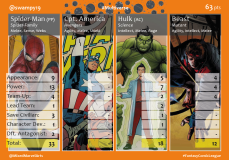 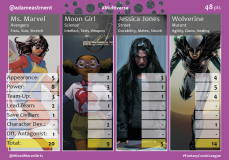 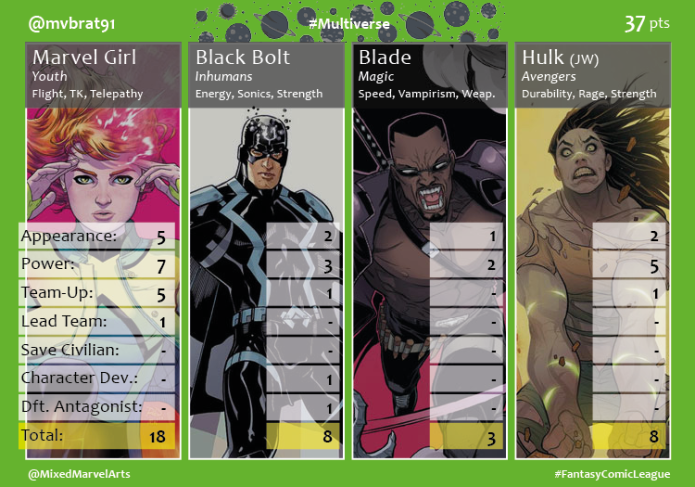