From the cosmos, chitauri ravage Earth’s planetary defense shield. On Earth, Helicarriers with vermiculating tentacles descend on the surface. The light of New York has been smitten. Hydra reigns with Steve Rogers as its Supreme Leader. Even still, regardless of Star-Lord, Doctor Strange, and Logan standing at his side, Captain America’s legion led by Wakanda Division’s own leader, Sceritz, could not trounce the might of #TeamLadyPool. Sistah Geek (94), wielding the power of Goddesses like Storm and Thor, next to the strongest lady in the universe, and the Merc with a Mouth, knocked Sceritz (81) to second place. Following close behind is Serendipity with the Marvels, Jessica Jones, and a Trigger Happy Raccoon that seemed to blow everyone away with a solid 29 point showing! SotonSpidey (76) lived up to his name with two Spider-Men swinging in, the Parker luck landing 22 points. Meanwhile baby Groot, defied his height with numbers as he brought in 26 points for his team. Last but not least, our newest member SuperCurry (27) went with the stealthy approach with his team, making meager points, but vowing that he will rise in the next quarter. It’s all about the slow and steady race. Until next time… at the Wakanda Roundtable. 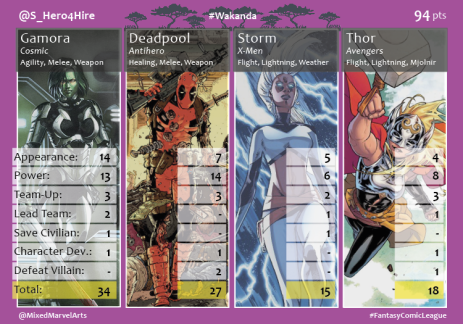 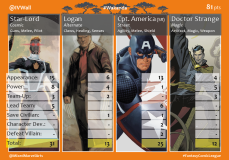 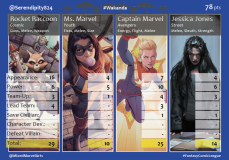 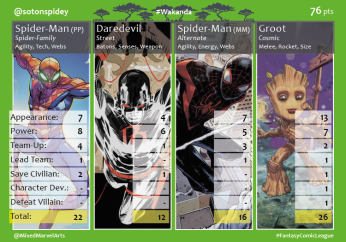 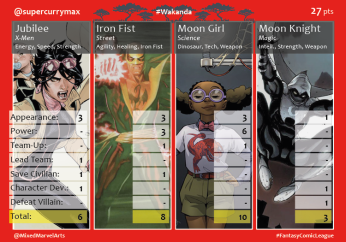