The streets of Midtown calmed slightly in the month of March, as Marvel’s big events came to a close. However, there were still plenty of opportunities for the drafted characters of the #FantasyComicLeague to put on a heroic display. The #Midtown division saved 22 civilians, defeated nine villains and earned 366 points! Peter Parker joined Agent @robertcyoung’s squad and carried him to a division win with 91 points, finally putting his team on the overall scoreboard. Agent @KingofTysons recruited a youthful team who averaged 21 points each and scored him a second place finish with 84 points. Agent @Lennie_Roxx (75 pts) banked on the Totally Awesome Hulk and his team up with other Asian heroes such as Silk and earned a third place finish. Agent @swampy19 (69 pts) hoped that Danny Rand’s Netflix series translated to success in the Fantasy League, but the Iron Fist proved to be slightly ineffective. Agent @JohnnyTimpulse (47 pts) relied on some personal favorites such as the Infamous Iron Man, Magneto and Nova, but all three high-flyers failed to take off for his last place team. 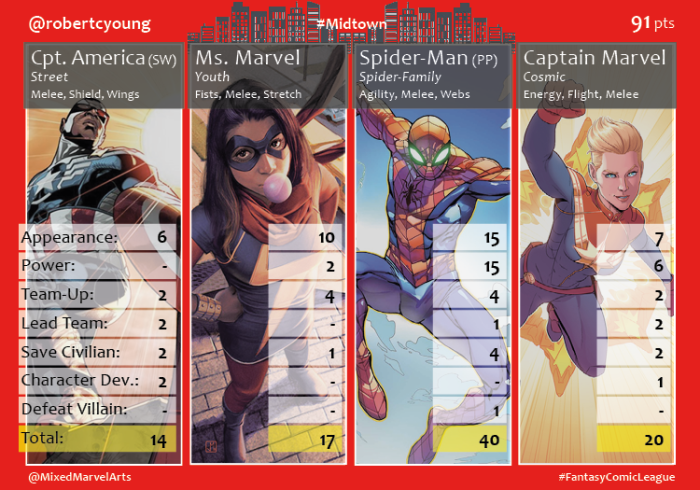 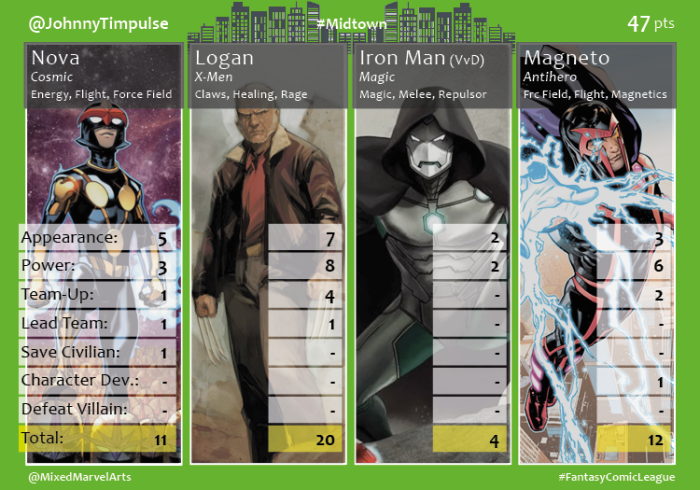