Wakanda has long abstained from the affairs of others, but as Monsters are Unleashed across the planet, Wakanda rose up to coordinate the best of Earth’s heroes. @IVWall lead the pack with 56 points, coordinating a team compromised of team leaders like Sam Wilson, Medusa, and Storm (alongside newbie Sam Alexander).  His team leaders found themselves at war with one another for most of the month, but came together when truly needed. Peter Parker (36 points), the one legends says will be the greatest hero of all, carried @Sotonspidey’s team to second place (55 points) which also consisted of an adult Robert Drake, Matt Murdock, and the questionable pick of Thanos. Hot on his heels was @serendipity824 (also 55 points) who rocked an Inhuman team lead by Kamala Khan (24 points), Black Bolt, and Lunella Lafayette; they also dragged Miles Morales along. Both agents @shaunmartineau & @S_hero4hire drafted their respective favorites Kate Bishop (5 points) and Misty Knight (3 points), but Agent Martineau’s team of Wade Wilson, Stephen Strange, and Steve Rogers carried him to victory (53 points) over Agent Sistah’s team of Carol Danvers, T’Challa, and Jane FosThor (37 points). 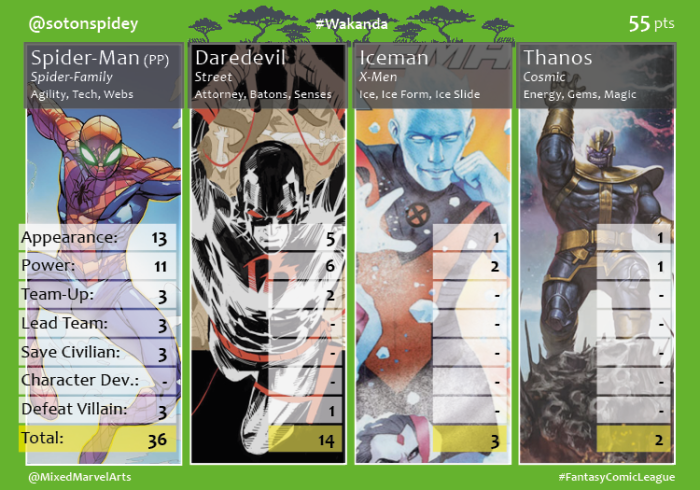 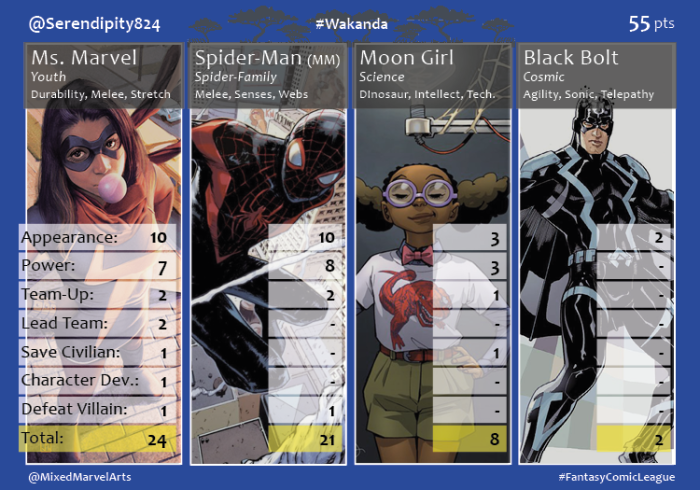 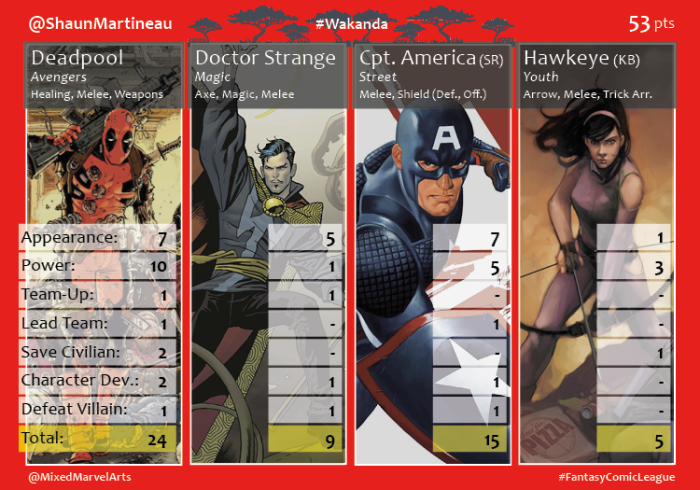