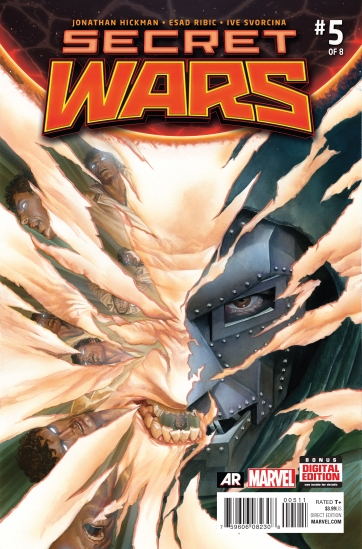 Sometime during Jonathan Hickman’s ambitious three year Avengers’ epic, arguably seven years if you include his Fantastic Four run, a term emerged among his fans; “In Hickman, We Trust.” Hickman, notorious for his grand plans and often criticized for slowly unraveling them, asked Marvel and their readers to put their faith in him. Marvel did just that when they tasked him with reshaping the entire Marvel Universe. Their end goal was Secret Wars, an event which would destroy and rebuild the Marvel multiverse. Was this trust in Hickman well-placed? Let’s take an in-depth look at Hickman’s grand finale.

Welcome to the Battleworld, Hope You Survive the Experience: Despite his appearance in the universally-panned Fantastic Four reboot, Victor Von Doom could arguably have been 2015’s character of the year. When Reed Richards’ Illuminati failed to save the world during the final incursion, Doom, used the powers of the Beyonders and Owen Reece (the Molecule Man) to salvage pieces of the multiverse. He saved as many people as he could, and created the Battleworld to house them. Battleworld temporarily replaced the main Marvel universe and served as the setting for Secret Wars. 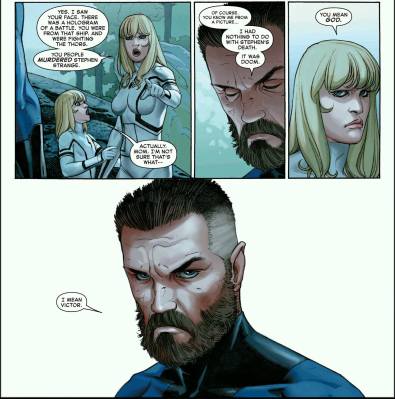 In the second issue, Jonathan Hickman introduced readers to a newly elected member of Doom’s Thor Corps. Hickman used this Thor as an audience surrogate, to introduce them to the laws and politics of Battleworld, which played out a lot like Game of Thrones in the Marvel Universe. This was an effective way to show the power of Emperor God Doom and how the world was shaped in his image. Doom’s Godhood, and the effect it had on him, would be the crux of this story.

In God Emperor Doom, Hickman scripted a Doom as powerful as he could ever be, yet more insecure than ever. A great example of this self-doubt came in the fifth issue when Doom confessed to Susan Von Doom that he was the one imperfect thing in his world. Hickman wrote Doom masterfully. Doom was both hero and villain in this story and Hickman perfectly explored that contrast.

In addition to Doom’s internal struggle, Hickman used Secret Wars to revisit the oldest rivalry in the Marvel Universe. However, Reed Richards did not really appear until the event was a third of the way complete. This meant the reader did not spend nearly as much time with Reed when compared to Doom. While Doom was rising high, Hickman presented Reed at his lowest. Reed was forced to admit that Doom succeeded where he had failed. Reed saw Doom take everything from him, including his wife and family, but Reed found purpose in this defeat.

Reed had The Maker, his evil doppelganger, as a warning for if he ever became untethered to his humanity, as Doom had done. Through his journey in Battleworld, Reed came to accept that Doom had not taken everything from him and that Victor, in his own way, had tried his best to save everyone. Susan, who recognized this heroic side of Doom when Reed could not, chose to stand beside Doom because she wanted to, and not because Doom had forced her to as Reed first assumed. This humbling understanding allowed Reed to evolve and made him determined to take his life back. 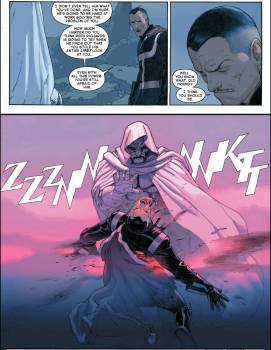 The final fight between Reed and Doom perfectly flipped the dueling ideologies of the rivals, this time displaying Reed’s arrogance and Victor’s heroism. In the end, Hickman showed how both characters were forced to accept each other’s strengths, as well as their weaknesses. Doom faced and accepted his own fallibility while Reed learned to forgive and respect someone he hated.

Hickman skillfully laid the groundwork for this finale throughout his epic run as a Marvel architect. He culled the supporting cast of Secret Wars from his time with the Fantastic Four and the Avengers, although his preference for characters he created during his Avengers did little to help the story. To contrast that, it was delightful to see the Future Foundation, Valeria in particular, have such a vital role in a Marvel event. Stephen Strange, as the Sheriff of Agamotto, was another show stealer. The Sorcerer Supreme saw his loyalty and belief in God Emperor Doom tested by the arrival of his friends and the faith he placed in them. There were no easy relationships in this series, which made for a fascinating read. 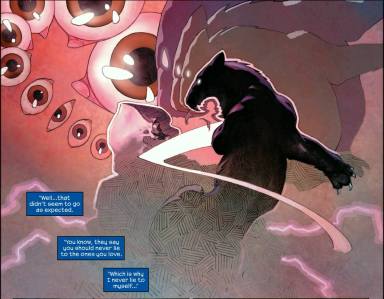 If this was truly the last Fantastic Four story, at least for the time being, then it was essential that allies such as Spider-Man, Namor and Black Panther appear. They all had important roles to play in the series. But while the Fantastic Four stable of characters shined, other characters felt wasted and shoehorned in to fill space. Captain Marvel and two-thirds of the Cabal had little to do, and Cyclops, as well as Thanos, only existed to prove Doom’s divine power when he struck them both down.

The Secret Wars tie-in comics told stories which took place in the different districts of Battleword. Much like some of the characters in the main event could have been omitted, so too could some of these miniseries. There were highlights, such as Star-Lord and Kitty Pryde, a comic which followed 616 survivor Peter Quill during his time in Battleworld, but most series had little to do with the main event, except to establish Doom’s tenuous control over his crumbling world. These series could have taken the opportunity to expand upon events which Hickman could not fit into his script, such as Siege, but the similar theme of Doom’s restless barons and their inconsequential plots, diminished their appeal. 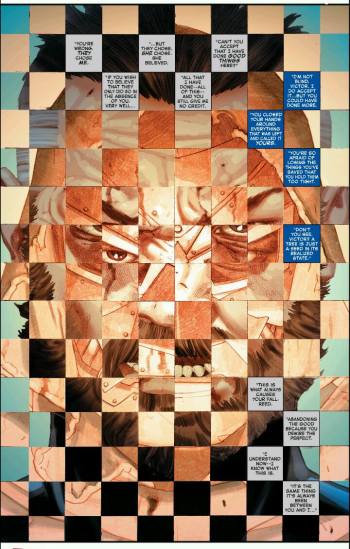 Hickman’s grand story grew from eight issues to nine partway through its release and his artists still managed to match his epic’s massive scale. Ribic’s artwork was not flawless, his facial work in particular was not always on point, but he put in a lot of work for Secret Wars, which made the delays in publishing worthwhile. Adding the ninth issue required rewriting and reworking some of the earlier artwork, but Ribic still delivered nine beautiful issues within eight months. The last Marvel event penciled by just one artist was Civil War in 2006 and Steven McNiven only produced seven issues in nine months.

The artwork in Secret Wars benefited greatly from the art team’s consistency and decision to not use fill-in artists. Ribic handled the lion share of the artwork, but colorist Ive Svorcina and letterer Chris Eliopoulos played their own pivotal parts. Production artist Idette Winecoor and letterer Clayton Cowles were brought in to provide support on issues which had to be readjusted due to the altered release schedule. Despite the delays, Ribic and the art team still delivered amazing panels up into the final issue. One highlight in particular was the fight between Black Panther and Doom where Ribic artfully captured their reality-altering battle. The checkerboard mosaic of Doom and Reed’s merged mugshots was another emotionally expressive piece of work.

Although not without flaws, Secret Works was a success for the creative team involved. However, was it as successful for Marvel as it was for Hickman and the others?