In the month of November, Shaun overhauled his team and capitalized on Marvel’s All-New, All-Different campaign by drafting the All-New, All-Different Thor, Captain America and Wolverine. X-23 tied for the most monthly points in her first appearance while using her new guise and moniker. Iron Man tied the clawed-mutant’s point total and helped Lash land a second place finish. Brian drafted the wrong All-New, All-Different Avenger, as Vision failed to do much in three appearances. Johnny’s favorite hero, Miles Morales, only appeared once, joining Sunspot at the bottom of the pile with one point. New characters who made their first Fantasy Comic League appearance include Vision and Rogue.  Make sure to follow along with Podcast Episode 56 – In Defense of Jessica Jones for a full breakdown of points. 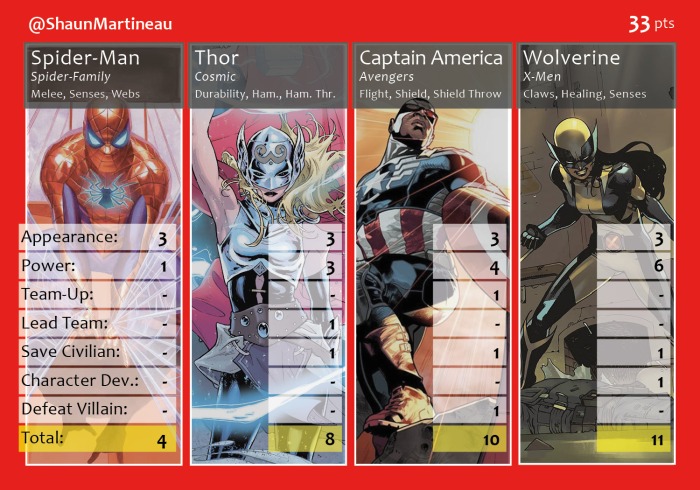 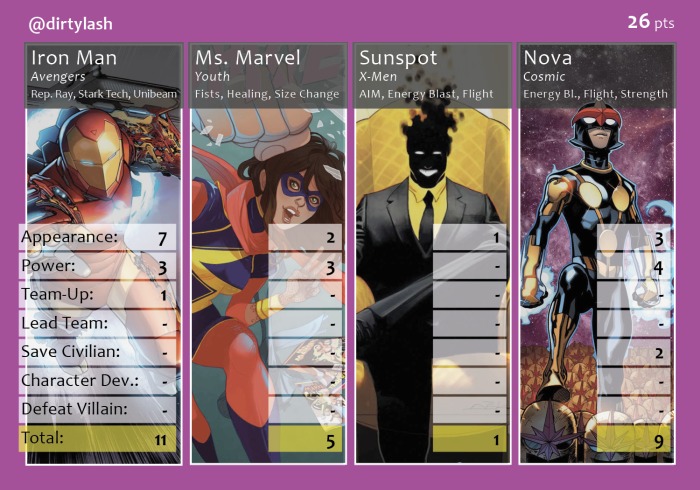 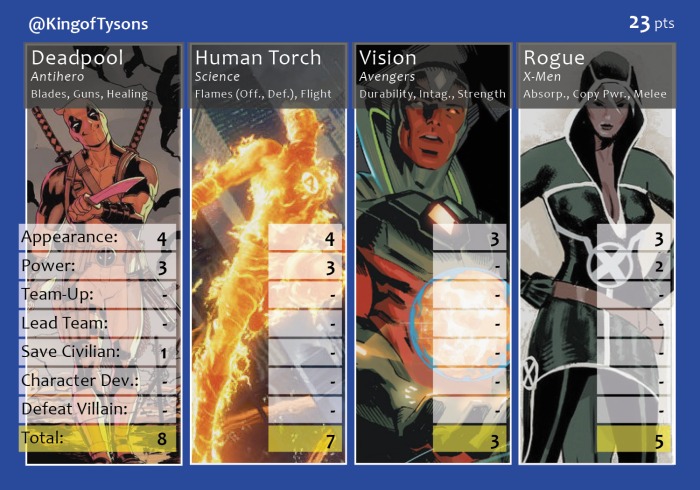 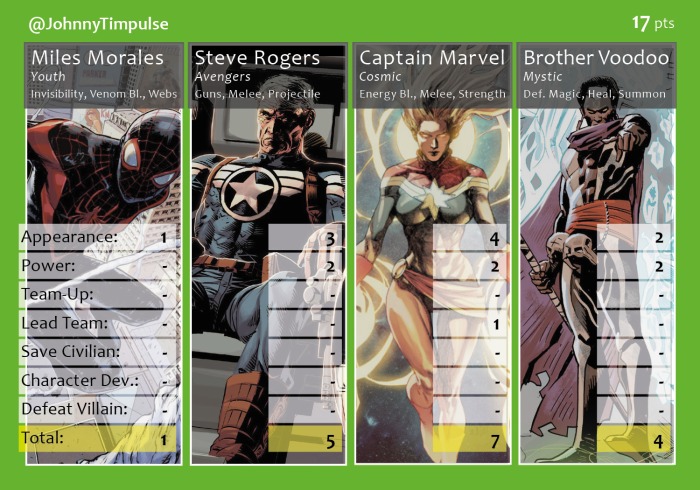