Marvel kicked off the new year with their official trailer for a highly “ant”icipated movie. The preview aired during the debut of Marvel’s latest prime time television show and another series received an official release date. Also in the first Web-Up of 2015 is confirmation of Fox’s new mutant movie, as well as a new comic series highlighting Marvel’s Inhuman/Mutant marketing battle.   .

Ant-Man. After a rocky 2014 for the Paul Rudd-led cinematic caper, Ant-Man is hitting the ground running in 2015 (and running a lot in this trailer).

Entertainment Weekly followed up the trailer by releasing a write-up detailing their set visit, accompanied by a slew of new photos and a bit more plot specifications. The magazine also shared an interview with Corey Stoll, the film’s main antagonist. Stoll revealed the Darren Cross’ efforts to exploit the Ant-Man technology, his colluding with Evangeline Lilly’s Hope Van Dyne, and how he felt wearing the Yellowjacket suit. ew.com

“The next evolution of the Marvel Cinematic Universe brings a founding member of The Avengers to the big screen for the first time with Marvel Studios’ “Ant-Man.” Armed with the astonishing ability to shrink in scale but increase in strength, master thief Scott Lang must embrace his inner-hero and help his mentor, Dr. Hank Pym, protect the secret behind his spectacular Ant-Man suit from a new generation of towering threats. Against seemingly insurmountable obstacles, Pym and Lang must plan and pull off a heist that will save the world.”

Uncanny Inhumans. Medusa made no effort to hide her disdain for the mutant race in the pages of Axis these past few months, and now Marvel is taking the slight a step further by giving the X-Men’s iconic adjective to the Inhumans. The race of Kree test subjects are receiving a new ongoing series beginning in April titled The Uncanny Inhumans. The book stars Black Bolt and pits him against Kang the Conquer in its first arc. newsarama.com 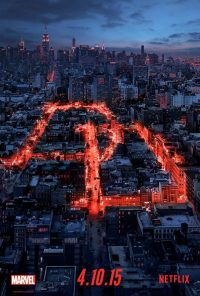 Daredevil. The release date for Netflix’s first Marvel-based series is closer than many speculated. The streaming media provider is making Daredevil available to paid subscribers April 10, three weeks before Avengers: Age of Ultron hits movie theaters. The release date falls on a Friday, giving many viewers a full weekend to binge watch the 13 episode run. Marvel also debuted a motion poster to promote the show starring Charlie Cox as the “Man without Fear.” Steve DeKnight, Daredevil’s show runner, also took the time to respond to a fan Q&A via Twitter, where he defended Ben Affleck’s earlier take on the character and clarified how violent the show would be, calling it “dicey” and more “PG-15ish.” comicbook.com

Agents of S.H.I.E.L.D. Edward James Olmos,also known as Commander Bill Adama on Battlestar Galactica, has joined the cast of Agents of S.H.I.E.L.D. as recurring character Robert Gonzales. Marvel revealed little else about the casting other than saying Gonzales’ debut will cause “massive repercussions for Director Coulson and his team.” ew.com