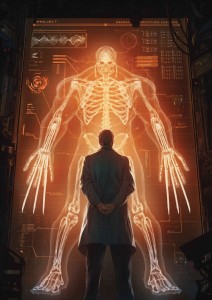 The Weapon X program is back and deadlier than ever! In July, the unscrupulous agency is hunting down mutants using gamma-powered test subjects who they have combined with their favorite alloy, adamantium. But Amadeus Cho and Logan continue their team-up to put an end to the program and their “Weapons of Mutant Destruction.” Meanwhile, Secret Empire barrels toward a confrontation between Steve Rogers and Black Widow’s team of youthful team of heroes. Miles Morales in particular must confront the prophecy which has haunted him during the events of Civil War II. The Guardians remain in the top tiers as they continue their defense of Earth from outside Steve’s shield around the planet. Secret Empire also starts impacting other characters, such as the young team of X-Men. Peter Parker and Miles Morales reunite for a sequel to Brian Michael Bendis’ hit Spider-Men series. Edge of Venomverse continues and Deadpool kills the Marvel universe again, despite neither event not being part of the mainstream Marvel universe.

Best of luck to all divisions of the Fantasy Comic League: #Midtown, #Wakanda and our new division, #Multiverse. Power rulings and definitions have been revised based on participants’ review in the previous month. Please see the attached Power Summary file for further power clarifications. Please follow along with our #FantasyComicLeague tweets on our Twitter for official power scoring and discussions. Seasons run for four months, stay tuned for your chance to join the official league and win a trade paperback of your choice!